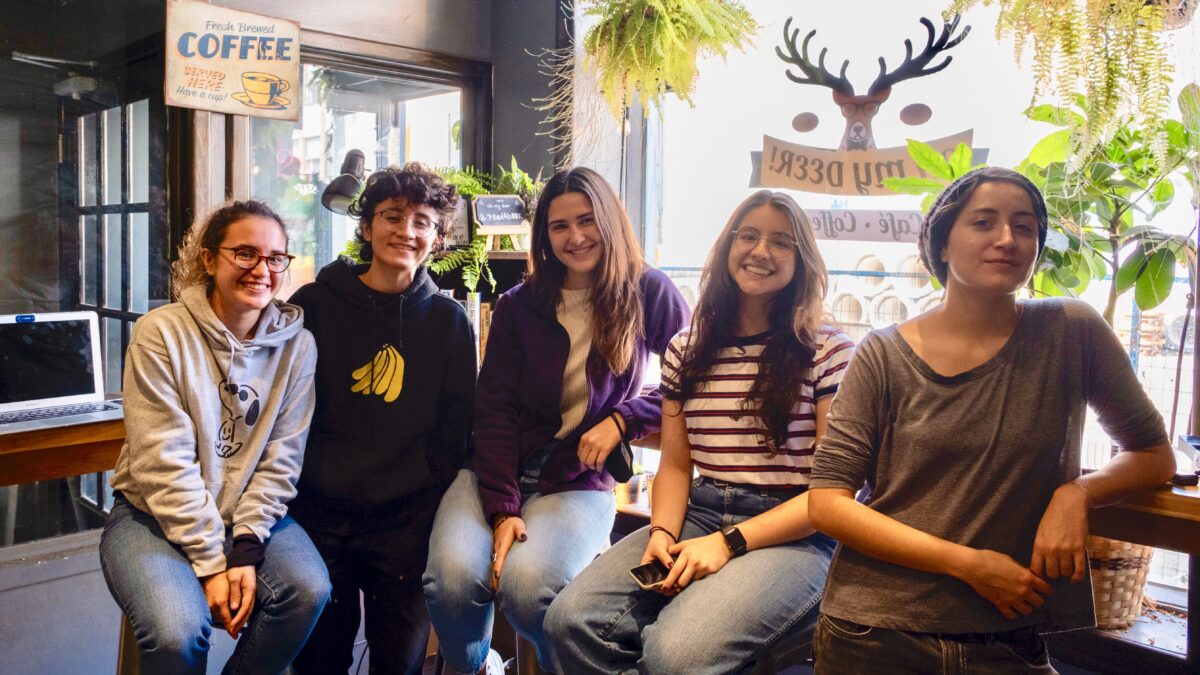 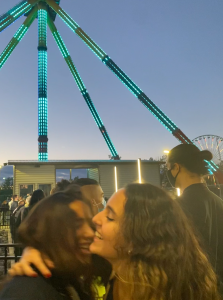 Hey there! I’m Camila Colmenares and I will be reporting behind the scenes of CEED’s newest internship, the VDOC Project! As a Colombian immigrant to Quebec, the stories of mostly Latino entrepreneurs in Quebec mean a lot to me. In a country like Colombia, where anyone who has the chance to leave, does, I believe it takes courage to stay and try to succeed with the scarce opportunities available to the common citizen.

My family, among 8.3 million other Colombians, left Colombia in search of a better life. However, as Gabriel García Márquez once said, “one is never as Colombian as when feeling far away from Colombia.” Without a doubt, living in Canada has been a privilege, though as a Colombian woman who has never had the chance to live in her country, I believe it is my responsibility to bring attention to my country every time I can. For this reason, and because I love this initiative, I will be reporting on the Nuestro Flow VDOC Project through articles on the CEED blog. I hope you are as excited about this project as I am! 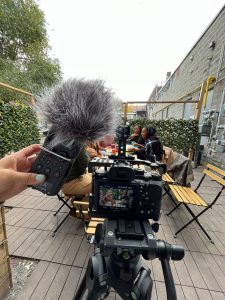 Filming shots for the VDOC Project.

Ana Camila, a Colombian student living in Montreal, led the initiative of the documentary after being a Research Intern for Women’s Solidarity: Entrepreneurship between Quebec and Colombia. She felt inspired by all the women she had interviewed for the research project and wanted to turn their story into a documentary! Focusing on women from Colombia and Quebec and working along with Nuestro Flow, CEED’s video-documentary project will capture the stories of women entrepreneurs. 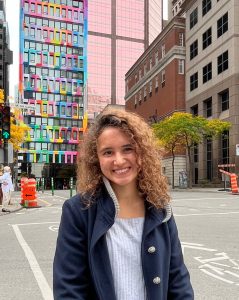 Ana Camila, a student at McGill and part of the VDOC production team.

CEED recruited a team of seven interns from both McGill and Concordia to make this project a reality. November will be the production month for this documentary, and by the beginning of December, the interns will start screening their work! The documentary aims to bring attention to the reality of being a women entrepreneur in this day and age, in two different settings, and with the racial and gender barriers that they face in the process. The 30-minute documentary will tell a story of the solidarity among women entrepreneurs while also showing some aspects of their personal lives and goals as they embark on their own journey of self-discovery. Additionally, the documentary will also give an insight into local businesses in both Quebec and Colombia.

Why is the project important? 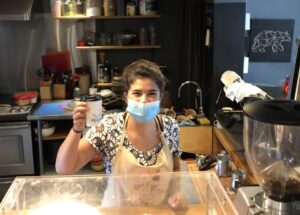 Claudia Gamboa, the owner of Oh My Deer Café, was part of the Women’s Solidarity Project and one of the subjects for the VDOC Project documentary.

Historically, women all around the world have faced pay disparity, experienced social pressure to leave the workforce, and even have been expected to perform unpaid care work. Entrepreneurs, however, serve as an antidote to some of the issues women face in labor. It has been reported that the percentage of women entrepreneurs in Canada is 37% and 21% in Colombia. Factors influencing said numbers include governmental support and funding opportunities, access to education, and social views, depending on each country.

To get a preview of the VDOC Project Documentary, CEED will be presenting a trailer of the doc at the Nuestro Flow event that is happening on November 19th, 2021! Follow our CEED IG account or subscribe to our newsletter to get more information on the event.